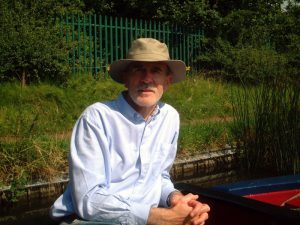 Stephen Williams spent his childhood and early adult years in West Bromwich, moving to Redditch in 1981. He trained as an Art Teacher at Dudley College of Education, retiring in 2011 after spending his entire career in the Black Country, the last few years as a ‘Head of Year’ at Willingsworth High School in Tipton. Consequently, he claims that he ‘never stood a cat in Hell’s chance’ of losing his accent!

He exhibited on several occasions in and around the Black Country in the 1970s, and in 1976 was a ‘Mid Art’ prize winner (Painting). Ironically, although having taught Art for so many years, it is only since retirement, and after a hiatus of nearly forty years, that he has found the time to take up painting again! In 2018 He was the winner of both the Stratford upon Avon Art Society Exhibition, ‘Gold Award’, and also the ‘Montpellier Gallery Contemporary Art Award’.

Until recently, he worked almost exclusively, in oils, painting on both canvas and board. Of late, however, he has begun to use both acrylic and, on occasions, mixed media on both paper and canvas. The theme of his work, in the main, centres around abstract landscape and he will be the first to admit that he rarely knows how a particular painting will develop, the composition progressing organically from the first marks. He frequently deliberately strives to create ambiguity in his compositions so that different observers will interpret a painting differently. He has also been working on a series of paintings based on surfaces, particularly those found in old industrial buildings – stained floors and plaster walls, water and smoke damage, oil leaks, seemingly random paint marks and lettering etc. 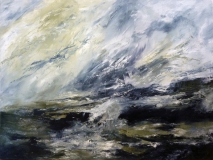 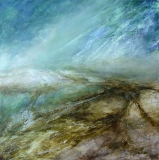 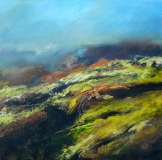 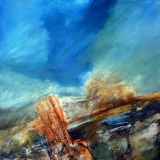 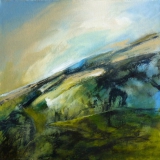 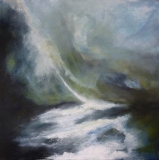 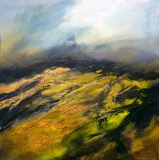 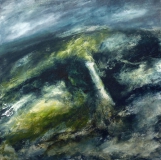 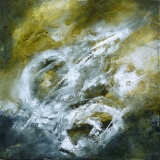 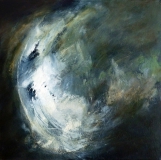 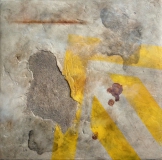 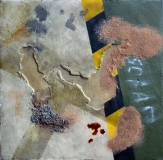 Both brushes and palette knives are used in the early stages of a painting, whilst further development may result in the use of materials such as the wrong end of a paint brush, sponges, the edge of corrugated cardboard to create a particular quality of line or organic mark, together with scratching into the paint and the use of glass-paper to further distress the surface as required. Final processes may, on occasions, include complete over-painting and the subsequent removal of paint using a cloth, leaving a staining on the under-painting.

Other interests include Photography, Industrial Archaeology and Railway Modelling.

To see more of Stephen’s artwork and photographs, please visit his Flickr page.